for the funeral of a parent. This week we said our final goodbye to my 93-year old Dad. He was extremely ill for almost two months and we were able to see and talk to him before he died; that’s if we had anything else to add.

The service was meaningful where the pastor talked about how we live the dash between our birth and death dates. It goes so fast. He would have been 94 in December and he often said, “It went so fast!”

He and my Mom were married 66 years and raised four children. He served in WWII, worked all his adult life, was an avid since childhood and loved a good joke. If he couldn’t think of one, he found some way to make a joke or try to make us laugh. He often missed the mark but at least he tried.

The fact he lost most of his vision to macular degeneration hit him hard. No more driving and he had to listen to his beloved books. But he met the challenge.

My solace during his illness and his funeral was that I know he no longer has those worries. I believe he is in heaven with God and His Son, Jesus. He is walking in heavenly light with visions we can only dream about.

I asked him if he would be waiting for me someday when I would join him in heaven. He nodded and smiled. Of course he will. 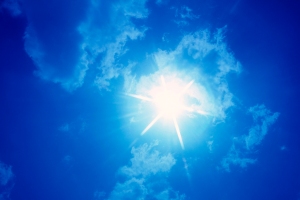 One thought on “Nothing prepares you…”